'The Colliding Worlds of David Gulpilil'
Published in The Enthusiast 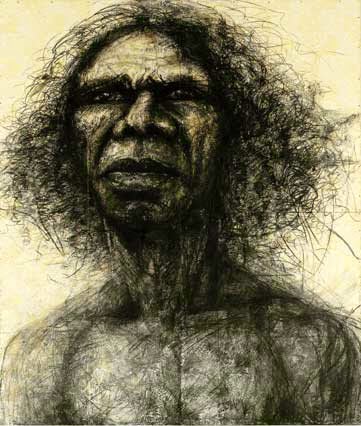 David Gulpilil looks older than I expect. Segments of his shoulder-length grey hair are unintentionally dreadlocked and his suit hangs from his slight frame like it doesn’t belong. He is late, having already missed the traditional smoking ceremony that he was due to participate in – part of the opening celebrations for the ACMI Screen Worlds exhibition that he’s in Melbourne to promote.

People mill about, strangers greet him by name. He’s smiling, waving back, but at 9:30am there is something about his face that says this world – a boardroom in the middle of the city, surrounded by people he doesn’t know – is confusing. His mind is still processing the morning chaos, yet he’s jovial with the glow of a man who’s just had an early morning tipple.

I’m nervous. Growing up on a filmic diet of Storm Boy repeats, I’m finally meeting the man who, in the film, lovingly buried Mr Percival (the real pelican died in early September at Adelaide Zoo).

Vaughan, his minder, directs his attention to where I’m standing. Gulpilil flashes what should be a toothy grin, but he’s missing many of those and before I begin to greet him, he’s already wrapped his arms around me in a strong embrace. He sits, his hands pressed into mine. Any nerves I had about meeting my ageing childhood hero have dissipated. With formality seeming entirely inappropriate now, I begin to explain my love of Storm Boy and that old pelican. Vaughan jokes that “Gulpie wanted to have Mr Percival stuffed, for memory’s sake,” as Gulpilil lets out a roaring laugh.

His eye contact is intense; gaze unfaltering while he’s otherwise animated. It’s this intensity that has grabbed audiences since his first appearance onscreen in Walkabout. Back in 1971, director Nicholas Roeg plucked him from the Maningrida bush in central Arnhem Land for his extraordinary ceremonial dance skills. “They come and they sat down because I am the best dancer in the world – better than a prima ballerina,” he laughs.

Gulpilil hadn’t learnt to speak English well at the time. “I was a non-English boy as I was growing up, and I just learned from Rolf Harris,” he beams, “and the journalists taught me (during the promotional tour for Walkabout) in London. I always remembered (the words) ‘yes’ and ‘maybe’,” he begins to cackle, “the journalists couldn’t get their stories.”

The red earth of Australia's outback has the ability to sear the heart - branding it, creating ownership. The land there, out back, contains some kind of potent magic—beautiful and painful at the same time. Tourists know mostly of its raw beauty, the things contained in travel magazines - pictures of fresh water gorges, burnt orange earth, and open terrain. Australians who live in the outback know that the land is God. With its intense fluctuations, the land is the dictator of outcomes and lives, not those who toil it.


Renee Nowytarger's series focuses on the housing and living situations of the indigenous communities of the Northern Territory following support from the Northern Territory National Emergency Response (commonly known as The Intervention) and the Strategic Indigenous Housing and Infrastructure Program (SIHIP). The Intervention created changes to welfare provision and land tenure, and the SIHIP program aimed to deliver new houses and refurbishments to seventy-three remote indigenous communities in the region. While sixteen of these communities benefited from new housing, others missed out completely. 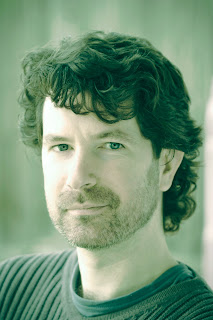 Joel Magarey is a man who takes the bull by the horns in all respects. But we’ll get to that in just a moment.

The first time I meet Magarey it’s at an Emerging Writers Festival (EWF) artists’ event. We’ve been corresponding via email about the panel he’s participating in for the festival (that I’m facilitating) and he’s sent me bundles of his work as requested, promptly and enthusiastically. In person he’s the same: there is not a fleck of pretention as he chats about the festival and Exposure, his first book—a love story come a travel adventure detailing his journey through obsessive compulsive disorder. He admits he’s nervous and is ‘talking shit’ because of it.

Later he’s on the bull. Literally. We are at a bar with other festival participants. In the cavernous venue-come-warehouse there is a mechanical bull and Magarey heads straight for it. He’s a stayer. He manages to hold out a whole lot longer than the guy before him as the thing thrashes him about and, once thrown, he emerges from the plastic padded ring dishevelled and laughing. This is a man who doesn’t take himself seriously.

But his work is another story.